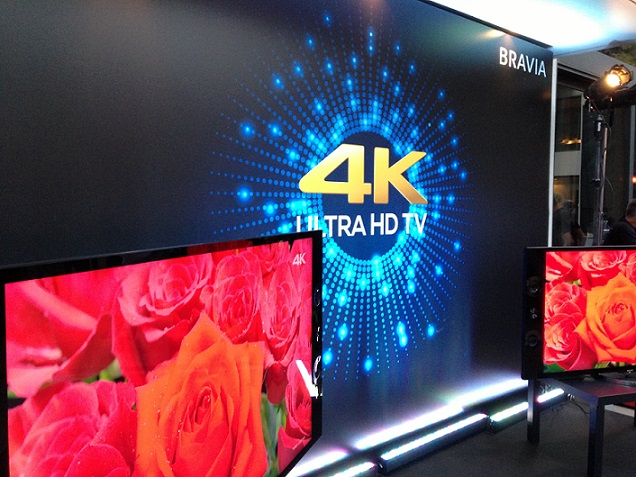 4K technology is definitely not cheap though! Many 4K tvs start at over $1,000 and go as high as $9,999. Because of these prices and not much need of demand quite yet, experts are expecting typical homes to own 4K TVs by 2017. "As technology advances, is there really a way to tell the difference in quality between stunning HD and the new 4K pictures? Having never experienced a 4K television, I'm not sure if I could tell. Though, after reading all the information I think that the picture would be close enough to the detail our eyes can see."

The additional resolution provided by current 4K TV technology allows for a much broader range of color replication. This allows for the viewer to see a more “life-like” representation of what has been captured on the camera.  This benefit is probably the most prominent feature as the human eye is not quite capable of seeing the higher resolution fully.  The larger the screen, however, the more you’ll be able to see the difference in resolution between a 4K and standard 1080p. "With this said, Stephanie is on the right thinking track. In regards to the high price point, do not despair. Because the demand for the TVs has been less than sterling, prices are dropping quickly through the years since its release." In addition, the onset of the newer HDMI 2.2 and HDCP 2.0 which are scheduled to implement sometime in the very near future, I think that waiting is the best option until they are fully released.

From what I have seen so far, the 4K technology is amazing!  The images and film are stunning.  Now comes the concerns: there still is no true 4K content available.  All current movies are moving in the direction of being filmed with 4K cameras but there is no real device to play this content other than computers or servers.  Since it is only played by these devices most of the content either has to be streamed or downloaded which takes a great amount of time due to the size of the content file.  Another concern is the size of the display.  4K technology was originally designed for the movie cinema to be played at large sizes.  Now that it is available to TV, there are questions as to whether you can see the difference at sizes below 80 to 85 inches.  "I would agree with Merrick: I do see a wider dispersion of colors from a 4K to a 2K display but not sure if this difference is due to the 4K or the quality of the TV.  Most 4K technology is added to the highest end product for the manufacturer."

And if this was not enough to be concerned about, now comes the software changes.  HDMI 2.2 will require a hardware change to existing 4K displays.  If you have a 4K or are going to buy a 4K device, you should confirm that there will be an upgrade for this unit.  HDMI 2.2 will increase bandwidth allowing for 4K@50/60 resolutions compared to the initial 4K@24.  After this comes the HDCP 2.0 change.  This change is also hardware-based and pertains to the protection of HD content.  Without this upgrade, certain content will not be available for viewing.  Not sure when HDCP 2.0 is coming but many articles say it is on its way.

"I am not trying to scare you off from 4K technology.  I feel it will be a household item for everyone at some point but I want to make sure you are aware of what is coming down the pipeline.  It is always good to do your own research before you make your decision."